Cultural Complacency in the Films of Yorgos Lanthimos

There is considerable writing on the ways stringent neo-liberal, or capitalist systems of governance, all of them patriarchal, are critiqued as a menacing force against the family or the individual in recent Greek cinematic output, and in Lanthimos’s films more specifically. I agree with most analyses I have read about Lanthimos and about contemporary, mostly arthouse, Greek cinema, though I believe that what has not been pointed out enough is how gendered, and severely misogynist these systems are.

I seek to address this gap, and discuss how the young women in Lanthimos’s films are systematically driven/written to their deaths, literal or symbolic. Within these masculinist systems of governance and control, women are additionally subjugated, and therefore their acts of resistance in the films acquire further political significance; at the same time, these very acts unfailingly lead the women to self-annihilation. In the current context of increased gendered violence and feminicide in Greece and elsewhere, it is important to turn our gaze, again, towards the ways women have been conceptualised in cultural production, particularly in texts that are perceived as progressive in terms of their form, content and politics.

One of my wider research interests concerns the politics of representation in film, women’s representation in particular. I should also briefly interject that I see close textual analysis as a continuously significant methodology within the field of film/screen studies within which I primarily operate – and, by extension, Modern Greek Studies, and beyond. Its significance lies in contesting complacent imaginings in cultural production and closely examining responses to challenges and changes in socio-political contexts.

Focusing here on Lanthimos’s Greek-speaking features, I question the films’ politics of representation and argue that they repeat misogynistic and damaging notions about girls and women in the very instant that they appear to be granting them agency. Bringing to the fore such paradoxical articulations of young women’s rebellion in Lanthimos’s films, I seek to upset cultural complacency surrounding representations of gendered violence in otherwise critically progressive works. This complacency, I might add, manifests itself in the art AND in its critical reception…

I am assuming the readers will have some familiarity with Lanthimos’s work, so I will, for each film, briefly focus on the young woman’s act of rebellion – on the level of plot – and then discuss some formal systems that frame these acts.

I will then talk about death.

Two men, a police officer and a photographer, and one woman, a hotel chambermaid –re-enact and film or photograph local murder scenes, where a man kills a woman. In the series of rehearsals in the re-enactments we see, the chambermaid gets hurt, bruised, her leg gets a gash, her arm gets broken… Towards the end of the film, she rebels against this structure by staging her own death. The photographer ‘saves’ the young woman, but not before he photographs her ‘dead’ body; he resuscitates her and we see her return to regular duties before the film concludes.

On the level of form, we see short glimpses of body parts (so not a whole woman), in close, tight shots, instead of the wider long shots that capture the full image of the murder re-enactments. So two things stand out in how this is treated filmically by Lanthimos: by having one of the men photograph this scene, any implied agency is undermined and the suicide is re-signified as another re-enactment, the outcome of which is controlled by a man behind a camera. And the framing in close shots renders her as a spectral figure. There is no way out of this system it seems, and once the annihilation, literal and symbolic, has been established beyond doubt, the camera steadies for the closing shot of her walking away from us back towards the hotel.

Dogtooth focuses on a self-contained family, who live in a house at the edge of a city. The only person that can leave the house is the father. The mother and the three adult, but infantilised, children remain enclosed. When the outside world finds its way into the house, one of the children, the Elder Daughter stages an exodus. This rebellion, however, is undercut by the fact that she mutilates herself, smashing her dogtooth and her face, and badly hurt and bleeding hides in the boot of her father’s car – she cannot imagine walking out; the car is the only way out. I fail to find the optimism in this, especially, again, because of the way Lanthimos systematises the way life and death are coded in his films. More specifically, the only person that the film makes sure we observe that has access to the car, to open and close, is the father. We do not need a great leap of the imagination to understand that the father will open the boot, at some point. If she is ‘alive’, this life has already been coded as worse than death. If she is dead, annihilation is absolute. No way out. I find Lanthimos’s films less open-ended than some, I guess. I must emphasise, I am not looking for happy endings, but rather arguing for a different imagining of this closed system.

In Alps, two men and two younger women form a group who provide consolation services to bereaved relatives by impersonating their dead loved ones. As in previous films by Lanthimos, the characters speak in a monotone voice. Here, however, this style of performance acquires further significance as a system that blurs boundaries between reality and performance in the film world. Whether they play a role or not, the characters speak the same way and as the film progresses it becomes increasingly difficult to identify performance from ‘reality’ for the characters. I want to point to the strict hierarchy observed in the group: the male leader decides who performs, and which roles. When one of the women seizes an opportunity to secure a client for herself, where she controls the rules of the performance and reaps the financial benefits, the leader, discovering this, uses a club and hits her mercilessly in the head. She is also expelled from the group. 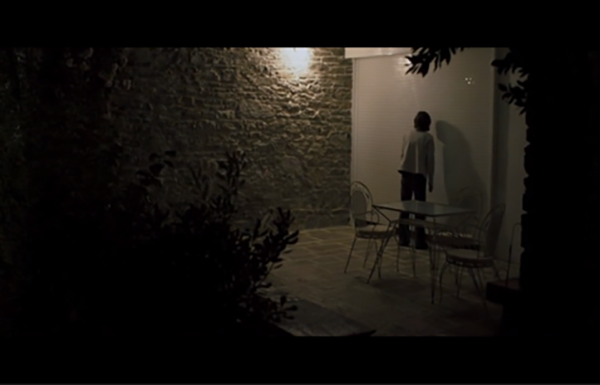 Formally, the film also consistently annihilates this character: as she is further and further immersed in the last role she acquires for herself the camera distances itself, becoming an observer of this character’s dismantling, a fly on the wall, and putting us, the viewer, in the same position. In the end, we are left with the image of her standing still and alone, with no identity and nowhere to go. A hollow shell – living dead by any measure.

It is important to note that I do not wish to bash Lanthimos as some kind of misogynist filmmaker; in fact, I find that he provides very astute observations of misogynist culture emanating from patriarchal structures that systemically and systematically treat women as expendable entities. What I argue is that we must also recognise that Lanthimos critiques while operating within the same systems, and from a privileged position (white, male etc). In other words, we must recognise the closed circle for what it is, rather than misrecognise it as progressive. The parade of disposable women, of women’s dead bodies, literally or symbolically, attest to that. I want to believe in, and I want to call for another way, away from cultural complacency and towards more radical imaginings of women in cultural production.

Dr Tonia Kazakopoulou works as a Teaching Fellow in Film and Television at the University of Reading, and is an Independent Researcher. Her research interests include women’s cinema of small nations, particularly of Greece; contemporary European and world cinemas; genre and gender in film and television; and politics of representation in film and television. She is the curator of the international standing conference of Greek Film Studies, Contemporary Greek Film Cultures (London 2013, Seattle 2015, Vienna, 2018, Thessaloniki 2020) and co-editor of Contemporary Greek Film Cultures from 1990s to the Present (Peter Lang, 2017). She has also published on women’s cinema and popular cinema, on Greek women screenwriters, as well as contemporary Greek cinema and motherhood. She sits on the editorial board of Filmicon: Journal of Greek Film Studies. She is currently working on a book project, titled Greek Cinema of Dejection (forthcoming).