A Contemporary Glance at History through the Graphic Novels Aivali and 21:

The Battle of the Square

translated from Greek by Kristina Gedgaudaitė

Since the 1980s my main occupation has been political cartooning and satirical comics, but the completion of my doctorate at the University of the Aegean on the topic of history and semiology of Greek comics made me turn towards the more demanding and more voluminous narratives of the graphic novels. All this happened because, while conducting systematic research, I came across some of the unexplored potentials of expression and transmission of feelings that lie behind such long narrative form, synthesising word and image into a hybrid language of communication.

Two out of three graphic novels that I completed to date deal with history. That is, they approach two watershed moments in modern Greek history, namely 1821 and 1922. The first date marks the Greek War of Independence (the Greek Revolution, for contemporary Greeks), while the second one deals with the end of the Greco-Turkish War (1919–1922), resulting in the devastating defeat of the Greeks (known as the Asia Minor Catastrophe).

Aivali (Kedros publishing, 448 pages) was first published in 2014 and immediately became a subject of wider debates. This happened not just because it had to do with not so widespread in Greece comics format but also because of its especially sensitive topic: the expulsion of 1.5 million Greek and Turkish refugees from their homes on both sides of the Aegean. A terribly violent uprooting of 1922 that continued for two more years during the population exchange conducted under the Treaty of Lausanne.

In the eight years since Aivali was first published, there have been many presentations and exhibitions in Greece, Europe, and the USA, with the largest exhibition Soloúp Aivali: A Journey in Time taking place in the Benaki Museum in Athens. It has been translated into English (Somerset Hall Press), French (Steinkis), Turkish (Istos), and Spanish (Ediciones del Oriente y del Mediterráneo). 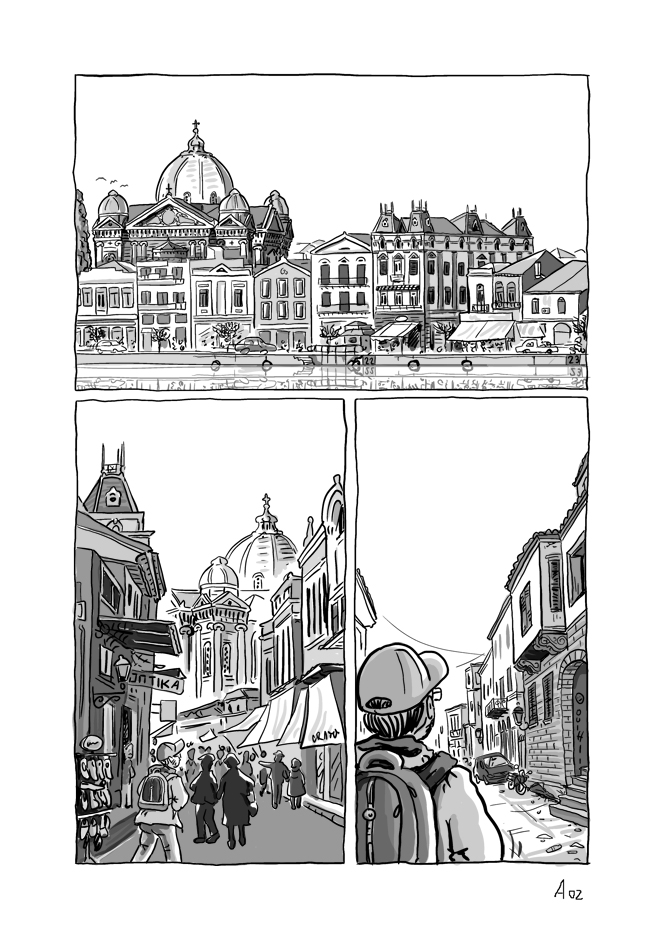 The graphic novel 21: The Battle of the Square (Ikaros publishing, 752 pages) was published in 2021, as the main part of the wider academic initiatives (the ‘making of’ documentary, three-volume e-book, conference, exhibitions, workshops, comics scenario masterclass, guided tours, presentations, conference proceedings, etc.). It was realised thanks to the support of the Hellenic Foundation for Research and Innovation (under the First Call for H.F.R.I. “Science and Society” - “200 years since the Greek Revolution”) and the University of the Aegean (see https://1821graphicnovel.gr/en/ ). The key event among all these activities was the exhibition at the National Historical Museum that lasted for over a year – the longest comics exhibition in Greece that has ever happened – alongside another exhibition at the Teriade Museum on the island of Lesvos. Finally, there were many presentations across Greece as well as an exhibition in Munich that included works by Bavarian painters used in the graphic novel.

Even if both of these works contain personal quests and questions, the starting point for each of them was different.

For Aivali, it was an actual day trip from the Greek island of Lesvos to the Turkish town of Ayvalık that is located just across the sea. This was a day filled with overwhelming emotions. I took with me and I was reading Photis Kontoglou’s account of his homeland Aivali. So, I was passing by Greek houses that were still standing there and reading stories that happened in the exact same streets. At the same time, I heard Greek, with a Cretan accent, spoken around me. That’s because many of the current inhabitants are descendants of Muslim Cretan refugees that still speak the language of their ancestors. Finally, my own memories of my grandmothers’ stories gushed into all of these experiences, as I am also of refugee origin (both of my grandmothers and grandfathers were refugees from the Smyrna area). 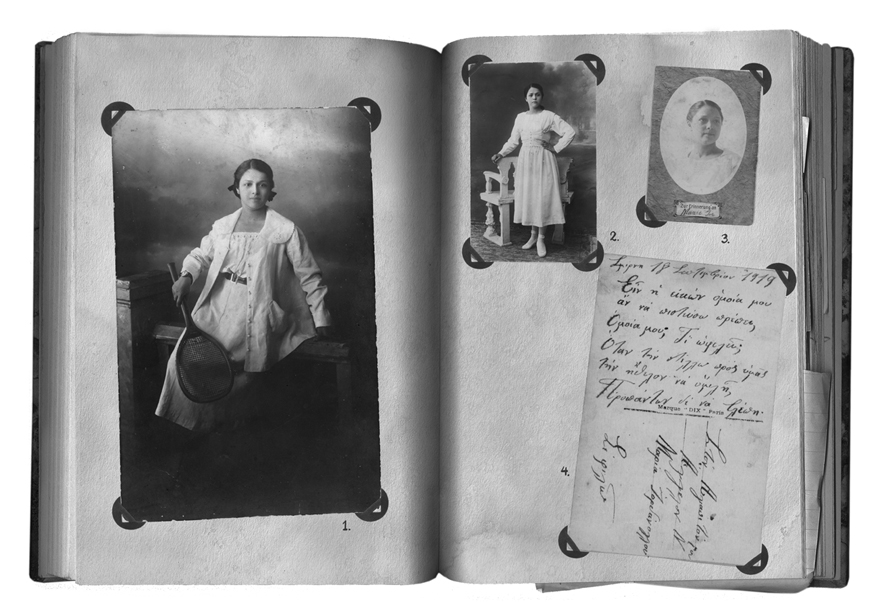 The emotional charge of the moment and the space-time vortex I encountered led to the creation of the graphic novel Aivali. But there’s more to it. The questions on what is happening today between Greeks and Turks, the issues such as nationalism and religious fanaticism, the tragedy of war, the fate of refugees now and then, the human dimension of all these questions, were the main reasons for working on this topic. Perhaps this is also what constitutes the communicative power of this book. Those kinds of questions are relevant not just for Greeks and Turks but human beings more generally, wherever they might live, whatever language they might speak: circumstances such as the current war in Ukraine and worldwide ethnic tensions affect all of us. 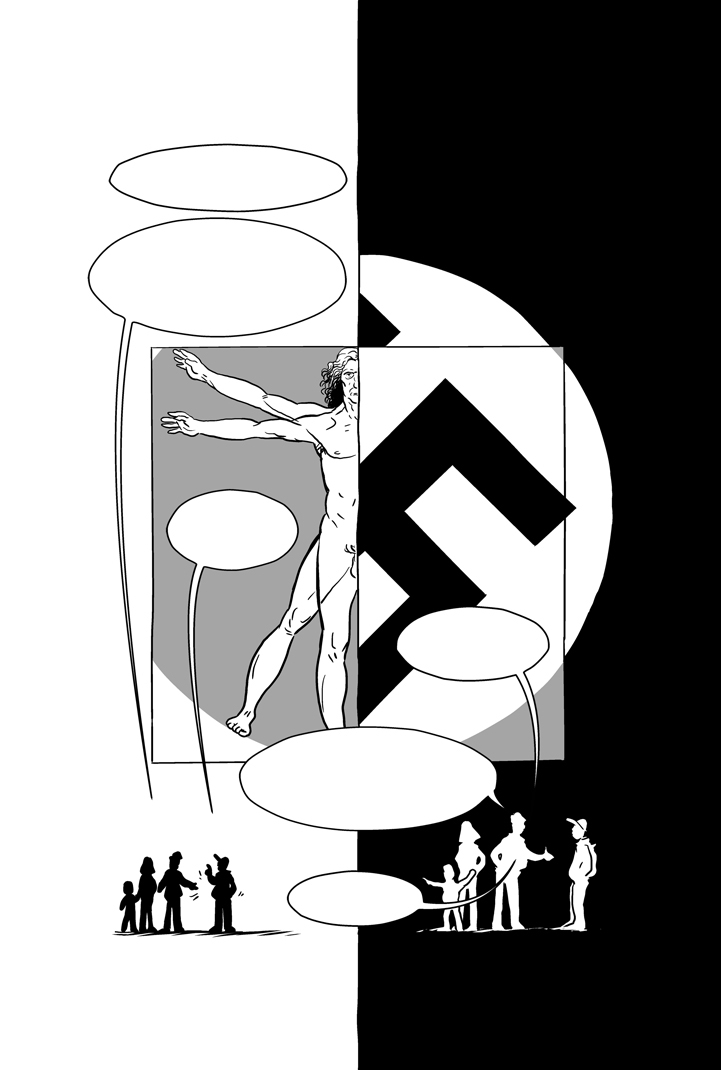 The graphic novel 21: The Battle of the Square, on the other hand, came into being after the initial proposal of three researchers at the National Historical Museum: based on Aivali as an example, Panagiota Panariti, Natasa Kastriti, and Regina Katsimardou suggested we create a graphic novel narrating the Greek War of Independence of 1821.

While in this case the historical events were more distant than 1922 and so seemingly easier to narrate, when we started working, we realized that there was a major difficulty. The Greek Revolution, its heroes, events, and the Greek victories that all contemporary Greeks know from their schooling were and continue to be filled with stereotypes, silences, half-truths, distortions, and subsequent amendments. What prevails in the imaginary of contemporary Greeks is quite a rigid National Narrative, which is directly related to the creation of National Identity. We should not forget that the Greek Revolution was the dawn of the contemporary Greek nation-state. 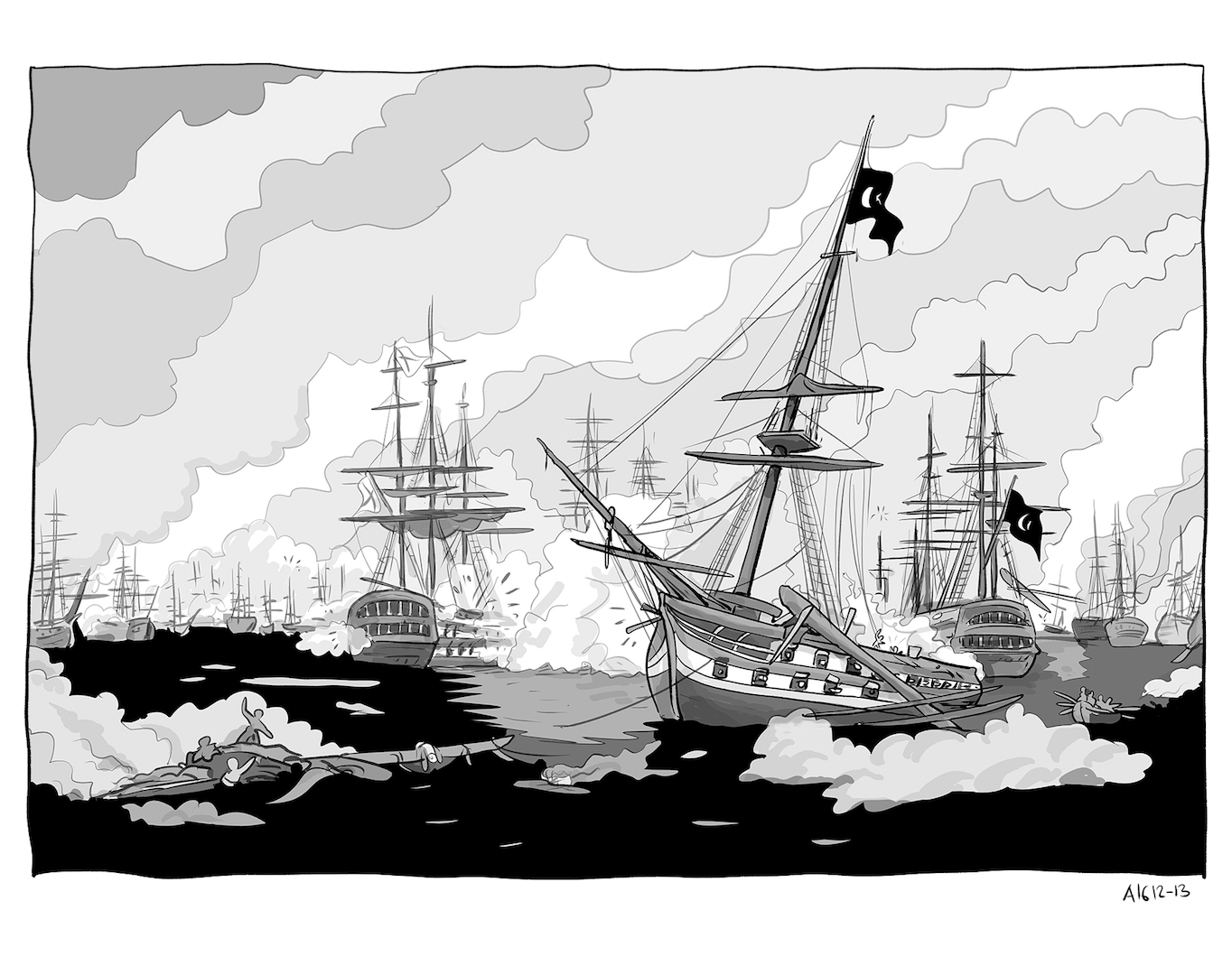 However, the historical archives and documents of the time that we researched revealed a more complex, oftentimes contradictory, development of events, rather than the one that is widely known from the national narrative. This made it even more difficult to choose the events or writers that would “narrate” the events in our book. At the same time, this challenge made our work more interesting, both from an artistic and historiographical perspective. 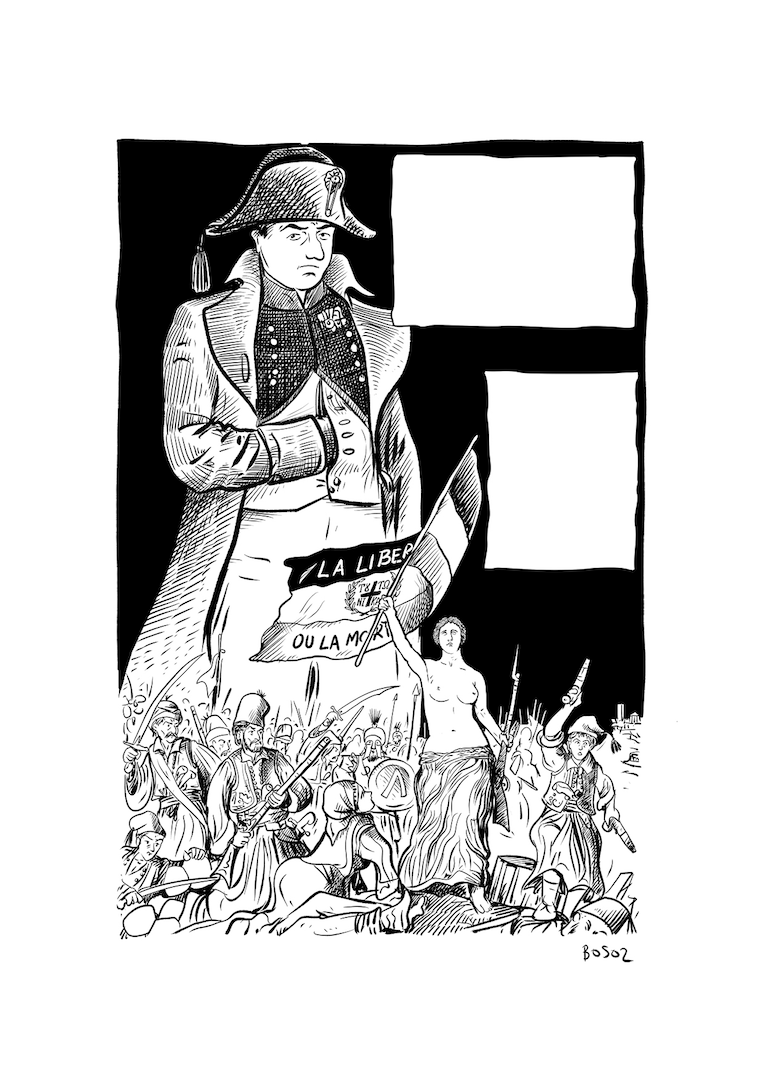 We believe that our efforts resulted in a dynamic book, since we included into the graphic novel conflicting historical evidence alongside stereotypical images of heroes and battles (from period paintings and engravings), thus exhibiting them for the readers’ own judgement.

Both graphic novels have already found a prominent place in the Greek comics scene. At the same time, they have also conquered wider readership. They became subject of scholarly works, theatre performances, exhibitions as well as an educational resource, mainly used in secondary schools in Greece.

Yet, what springs from the pages of both of the graphic novels is founded on primordial concern over human dignity. We speak about the past, but our thoughts and concerns are always rooted in the present. In the endless cycles of fanaticism and outbreaks of war, which, it seems, we, the simple people, will live through again.

Soloύp (Antonis Nikolopoulos) is a cartoonist and a postdoctoral researcher at the Department of Cultural Technology and Communication, University of the Aegean.